At the end of autumn, witch hazel reveals itself in all its glory. After the leaves turn from yellow to red and finally fall off the plant, only the barren, dry branches remain.

Witch Hazel (Hamamelis virginiana) occurs in the wilderness as undergrowth in moist, deciduous forests or along stream banks in eastern North America. There it was traditionally used by indigenous peoples for medicinal purposes. In the 18th century, witch hazel made its way to Europe as an ornamental plant and was soon used as a medicinal plant there as well. 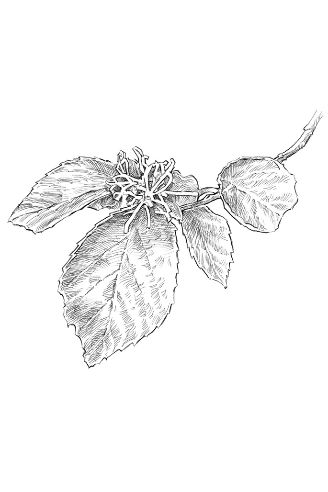 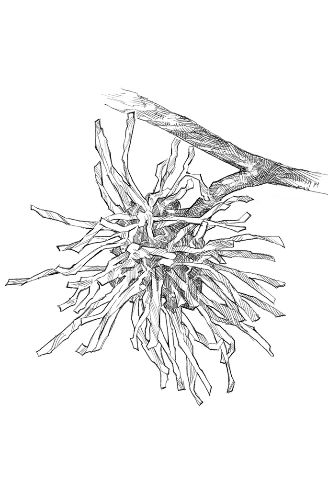 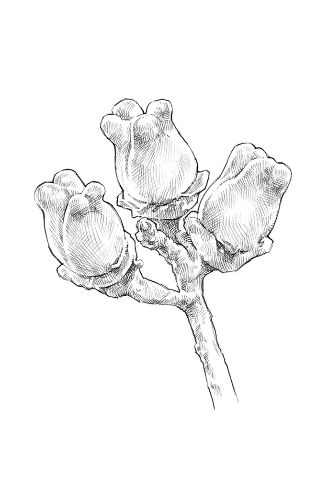 The yellow witch hazel flowers bring colour to the autumn and winter landscape, even remaining intact beneath the snow. Their intense fragrance is especially noticeable in the clear, crisp winter air. With their spidery, curled form, the blossoms look like little clawed hands, which makes them seem a bit eerie. This might be one of the reasons why the plant is called “witch hazel”.

Witch hazel contains essential oils, flavonoids and a large amount of tannin in its leaves and bark. The leaves and branches of the witch hazel are steam distilled for use in cosmetics. Witch hazel distillate has calming and astringent properties and is moisture preserving.