An introduction to Homeopathy

Homeopathy is a system of medicine developed in the 18th century by Dr Samuel Hahnemann, which approaches good health in a holistic way – taking account of the whole person, and not only the symptom or ‘disease’. The fundamental principle is that ‘like cures like’ – leading us to select a remedy made from a natural substance which would produce the very symptoms being shown, but in a tiny dose which has been ‘potentised’ to be effective. An easy example might be that a homeopathic dose of onions (allium) could help someone who has watering eyes and a streaming nose – because we all know that’s exactly what an onion will do to you if you have no symptoms at all.

Homeopathic medicine approaches disease and remedies from a totally different standpoint to conventional or “allopathic” medicine. It can be practised by qualified medical professionals including doctors, dentists and even veterinary surgeons, but it can also be safely used in the home. Many people choose this approach for every-day family ailments, with a homeopathic ‘first aid kit’ or remedies bought at health stores and pharmacies.

Conventional or allopathic medicine works against the disease and its symptoms using “anti” drugs – you’ll be familiar with vocabulary which talks about ‘fighting’ disease or ‘killing’ pain. Using homoeopathy, by contrast, we are seeing the symptoms as the body’s attempt to heal itself – perhaps needing help, but of a gentle and supportive kind. Homeopathy treats an individual with a specific set of symptoms, rather than battling a disease. Put simply, it is why a remedy is given, not what is given.

How does it work?

Homeopathy works by stimulating the body’s own natural healing capacity. The remedy triggers the body’s own healing forces and so a remedy is prescribed on a very individual basis. A homoeopath will note physical, mental and emotional symptoms, together with all the factors that make the person feel better or worse. Is the pain better with cold or heat? Does the person feel worse if they move or sit still? From an extensive picture of the person, a homoeopath can then select a remedy which matches the picture and which would, if given to a completely well person, create the same set of symptoms.

Of course, this is a very simplified explanation – the theory and philosophy of homeopathy is far more complex. But such extensive knowledge is not essential for people to use over-the-counter homeopathic medicines at home and for simple ailments. If you do experience complex, persistent or worrying symptoms then please seek the advice of a doctor who specialises in homeopathy.

More about homeopathy – how did it start?

The word homeopathy derives from two Greek words meaning “similar suffering”. The Greek physician Hippocrates first wrote of the medical practice of treating like with like in the 5th century, making him probably the first doctor to treat an illness with a substance that produces, in a healthy person, symptoms similar to those shown by an unwell person.

In the 16th and 17th centuries, the principle similia similibus curantur, (like cures like), was quoted by many physicians, including Paracelsus, often regarded as the father of holistic medicine. Dr Christian Friedrich Samuel Hahnemann (1755 - 1843) took the principle to create ‘the law of similars’, subtly altering the Latin to similia similibus curentur – ‘let like be cured by like’. Hahnemann was a doctor who, after qualifying in 1779, became disenchanted with medicine as it was practised at that time. He was a powerful advocate for much that we now recognise as good common sense in healthy living – proper diet, regular exercise and improved social conditions. He was also very concerned about large doses of noxious substances being prescribed as medicines.

In 1790 Hahnemann became interested in the work of eminent Edinburgh doctor, William Cullen , who had explained how Cinchona Bark extract could cure what was then known as ague – today recognised as malaria. The bark had been used for centuries in South America for the treatment of malaria and was successfully introduced into Europe by missionaries. Cullen credited this success to the bark’s toning action on the stomach – but Hahnemann did not agree.

Prompted to undertake an experiment on himself as a healthy person, he took a substantial dose of Cinchona Bark extract and found that he developed symptoms similar to malaria. Hahnemann then went onto test many other substances in the same way – giving doses to healthy people, noting their symptoms and later using the substance to treat a disease when symptoms matched the “poison” picture.

Many of the substances used were in fact highly poisonous, so Hahnemann spent years trying to find the smallest possible dose which could still be effective. He eventually developed a method of “potentising” the substance, making the dose infinitesimally small. He found that the newly potentised substance not only cured without undesirable side effects, but was even more effective in treating the symptoms. This was the breakthrough that created homepathic medicine as we now use it.

The success of Dr Hahnemann’s methods, especially with endemic diseases that had resisted earlier treatment methods, meant that homeopathic medicine was quickly adopted throughout Europe and soon spread across to America. Dr Frederick Harvey Foster Quin introduced homeopathy into Britain in the late 1820s and in 1849 founded the London Homeopathic Hospital.

Today there are four homeopathic hospitals offering treatment under the National Health Service - in London, Glasgow, Liverpool and Bristol. There are also numerous homeopathic clinics, more than 400 homepathic doctors in Britain and simple self-help guides freely available to guide families on remedies for every-day ailments. Homeopathy is now one of the most widely used and trusted alternative systems of medicine in the world. It’s still the only alternative medicine incorporated into the NHS. An act of parliament in 1952 responded to the success and reputation of homeopathy and secured, by law, the provision of homeopathy within the NHS

What can I use homeopathy for?

Homeopathy can be used to treat the same wide range of illness as conventional medicine, and may even prove successful when all other forms of treatment have failed. For minor, self-limiting conditions, use a self-help guide or website guidance to choose a remedy at the counter of a health store or pharmacy. For more serious conditions, professional advice should always be sought.

Homeopathic medicine has stood the test of time, used for over 200 years and the fact that the remedies are widely used on animals dismisses the idea that the success of a treatment is all in the mind. Animals treated homeopathically cannot ‘believe’ in the remedy or will themselves better. It is simply an effective system of medicine.

What’s in the medicines?

Over-the-counter homeopathic medicines are made using natural plant, mineral and, occasionally, animal substances (the label will always tell you if the product is unsuitable for vegetarians or vegans). Prescribed remedies may also originate from biological, chemical or synthetic sources.

Homeopathic remedies are safe and have no side-effects – their active elements are in infinitesimally small quantities. Occasionally, symptoms become worse on first taking a homeopathic medicine. This is called an ‘aggravation’, and is a good sign that the remedy is working. Stop taking the remedy until the aggravation has passed and only resume if necessary. Aggravations are most common with skin disorders, as the body “throws out” the disease.

Why are there homeopathic remedies for specific conditions?

Even though homeopathy treats the individual, and not the disease, some homeopathic remedies will successfully treat many people with the same symptoms. For example, arnica is usually used for muscular bruising and thuja for warts. These remedies have become so firmly established that they can be given without question and the condition only needs to be looked at more closely if the remedy does not work well.

Other remedies have become linked to specific illnesses because the ailment itself often follows a common pattern. For example, Rhus Tox is for pain which feels better for movement - and is taken by thousands of people to ease rheumatic aches and pains.

How should I take the medicines?

Most homeopathic medicines come as a small tablet, which should be allowed to dissolve or chewed in a clean mouth, half an hour before or after eating. It is best not to handle the tablets, but to tip them into the bottle cap and then drop them in the mouth. Weleda also makes liquids, powders, pillules and granules, which should be put into a clean mouth - unless otherwise stated.

Homeopathic medicines come in ‘potencies’. 6c and 30c potencies can be bought over the counter at health stores and pharmacies, and are suitable for self help in time-limited conditions. Higher potencies, such as 200c, should be left to qualified prescribers. You can get low potency remedies directly from our sales team in the UK, by phoning 01159 448200. For some people and some situations – for example for vegans, or for treating young children – remedies can be put into different forms and these can also be ordered via our sales team. Ask for advice if you are not sure which remedy, or which form is best suited to you.

Low potency homeopathic medicines can be increased in effect by simply increasing the frequency of the dose. This has the same effect as taking a higher dose of conventional medicine. Carefully read the pack to see how often and how large the dose should be.

Strong substances such as peppermint and coffee may occasionally affect the effectiveness of the remedy on some people. For low potencies take the remedy half an hour before or after eating, drinking or cleaning your teeth. If your homeopathic medicine was prescribed by a practitioner, follow their advice.

Can homeopathic medicines be taken with other drugs?

There is no known report of any cross-reaction with conventional medical treatments, although powerful drugs such as antihistamines or steroids may slow down or negate the action of homeopathic medicines. Additionally, the side-effects of conventional drugs can make it harder to judge whether homeopathy is acting effectively or needs to be changed. At Weleda we always advise you to tell your doctor if you are taking a homeopathic medicine together with a prescribed drug.

Can more than one homeopathic medicine be taken at the same time?

It’s usually better to avoid taking more than one homeopathic medicine at a time because it makes it harder to judge what is working. For specific situations and illnesses including hayfever and stress, mixed remedies are formulated.

Homeopathy – a trusted friend for a healthy life

Weleda has been making homeopathic medicines for over 90 years, and the system of medicine devised by Dr Hahnemann has been trusted by millions of people in that time, with many reporting improved health, recovery, symptom reduction and relief from chronic conditions. It is a system of medicine which respects the body’s power to heal itself, supporting the process with a gentle hand. We hope to have answered many questions you may have here, but we are always available to answer specific queries and to offer guidance on our remedies. Click here for our full contact details. 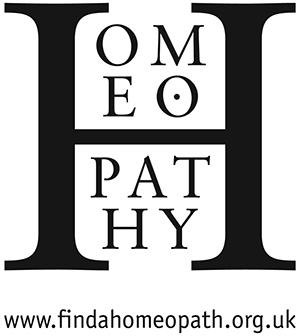