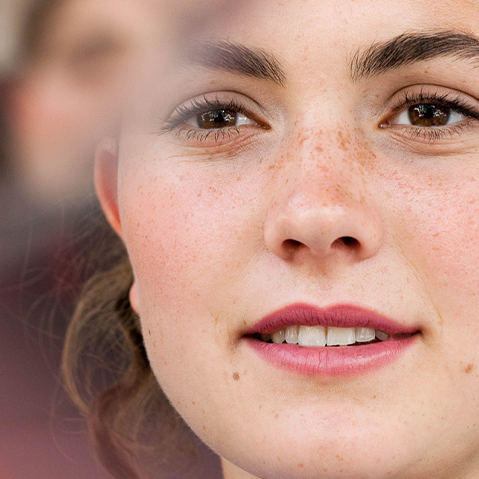 How do times of upheaval and diet affect the skin during puberty?

What is blemished skin?

Brigitte Roesler: We define skin blemishes as non-inflammatory blackheads and pimples occurring in oily skin; this is also called “pre-acne”. This skin condition means that the skin’s sebaceous (oil) glands produce excessive sebum. A normal amount of sebum is important for maintaining the protective acid mantle of the skin. Oily skin is not blemished skin, but changes in hormone levels during puberty often lead to so-called cornification disorders. This occurs when excessive sebum cannot escape the skin, and the pores become blocked, which causes free fatty acids to combine with bacteria and cause inflammation.

What’s the difference between blackheads and pimples?

BR: Comedones are impurities in the skin that feel like tiny bumps. If black spots are visible, they are “open” and called blackheads. These tend to occur in the large pores of the nose, along the middle of the forehead and on the chin, where the sebum is usually released easily. Then there are white, “closed” comedones, which are called whiteheads. Because the sebum cannot escape it can become inflamed and result in a pimple. It’s important to distinguish between non-inflamed blackheads and inflamed pimples.

Where do pimples and blackheads tend to occur?

BR: Especially on the face and décolleté. If pre-acne is more pronounced, it may also appear on the upper arms, shoulders and back. This can be particularly unpleasant for those affected because all of these areas tend to be visible to others. It’s a small consolation, but many young people in Europe are affected. In South America, on the other hand, young people in rural areas rarely suffer from acne.

BR: Very seldom. It’s especially common during puberty – up to 95 per cent of all teens have blemished skin to some degree. During this time, the organism produces the female hormone oestrogen as well as increased amounts of male hormones, called androgens – which is why young men visit our practice somewhat more frequently than young women. Androgens can cause the sebaceous glands to become overly active. Because sexual maturity occurs earlier and earlier these days, it’s not uncommon for children as young as 9 to have blackheads on their nose. Acne usually clears up on its own at around 21 years of age.

So impure skin is not a disease?

BR: In the case of hormonal changes, such as during puberty, blemished skin is not a disease. A visit to the doctor is only necessary in the case of severe blemishes and the onset of acne. Medical help is also advised if inflammations become scars during the healing process, or if there is no apparent improvement despite adequate skin care. In severe cases, a dermatologist may prescribe vitamin A acid.

BR: In adults, hormones are again the culprit. For example, if a woman takes hormonal birth control and then stops taking it at the age of 30 because she wants a child, she might get pimples or acne. Hormonal changes also affect the function of the liver, which is our largest metabolic organ.

What causes pimples and blackheads?

BR: Smoking and stress stimulate the activity of the sebaceous glands. When teens are under pressure and break out in pimples on their forehead, we call this “high school acne”. Stress is closely linked to anxiety, and while our hands and feet often become cold, the head becomes hot, which also fuels inflammation. A one-sided diet and insufficient exercise slow down the metabolism, which can also lead to pimples and blackheads. Our western lifestyle is conducive to acne in general.

As a doctor, what foods do you recommend to prevent breakouts?

BR: Greasy food such as fast food, chips, and pizza should be eaten once a week at the most. To stimulate metabolism, eat three servings of vegetables and two servings of fruit every day. Especially during puberty, the body reacts sensitively to fast food because this is when the digestive organs are completing their development. Many teens also become more sensitive to cow milk. But since milk and dairy products are not always responsible for blemishes, it’s helpful to omit dairy products for a while and observe whether your skin changes for the better. If you have skin problems, your diet should be as low in sugar as possible, as elevated insulin levels can aggravate blemished skin.

Young people in particular who stick to a sugar-free diet low in dairy see positive changes in their skin after a couple of weeks. Eating foods that contain plenty of bitter substances, such as chicory, also has positive effects, by supporting the metabolism and stimulating the liver.

What is the best way to care for blemished skin?

BR: My suggestion to anyone who wears make-up is never to sleep with it on, but to gently cleanse your skin in the morning and especially at night. Antibacterial ingredients can be helpful. Smooth on a light face cream or fluid both day and night. If you use foundation or face powder it should be non-pore-clogging (non-comedogenic). 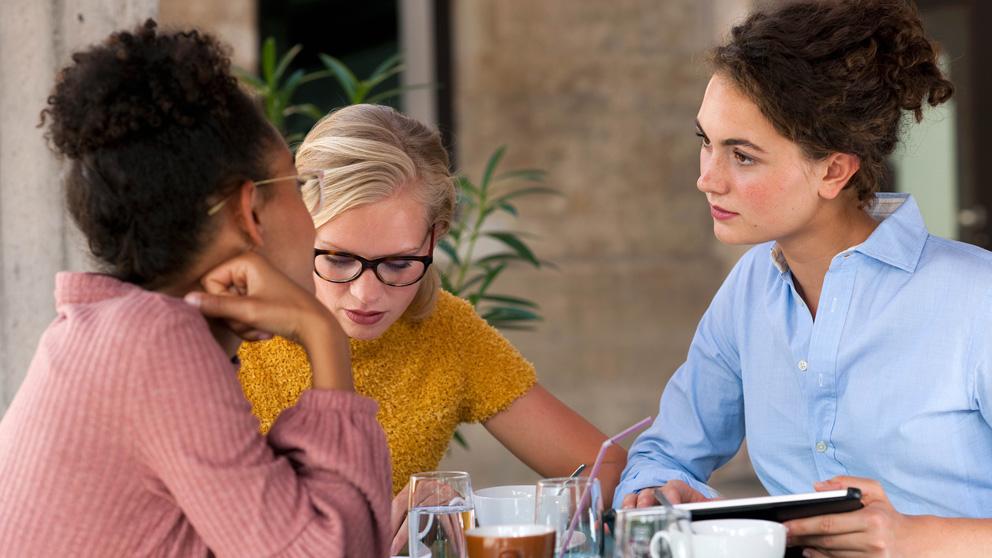 And what does not help?

BR: Let me put it this way: the good news is that you don’t have to do without make-up, and you can use it to cover up your blemishes – just as long as you remove your make-up at night. Omitting make-up altogether doesn’t necessarily improve the appearance of the skin. If you have skin blemishes, you should avoid using thick gel wax or wax along the hairline – stick to hair gel. Otherwise, it could lead to “pomade acne”, which continues to flare up as long as such products are used.

How about blackheads – should we squeeze them out or not?

BR: Squeezing out blackheads or pimples can lead to severe inflammation, especially if your hands are dirty. But it is possible if done properly. Start with a warm compress or steam bath to open up the pores. Using a paper tissue over your fingers, carefully press out the small black dot of the blackhead. Then disinfect the area with a facial toner. The best solution is to have this done by a trained aesthetician once a month. Closed whiteheads and actual pimples should only be expressed by a professional. Doing this at home might cause inflammation in the tissue to spread.

The skin is also considered to be a “mirror of the soul” – what does our psyche say through our skin?

BR: Our skin reveals what is going on inside us. During puberty, it shows our transition to adulthood, which is not always so easy; at times the metabolism is overwhelmed and signals this through the skin. Our most important hormone gland, the pituitary gland, is most active at night, so parents should let their teens sleep in, even if they don’t wake up until noon. In order to cope with frustrating experiences, we sometimes consume too much chocolate or ice cream. We might be unhappy in love or stressed at work, and find ourselves unable to master the emotions that arise from these situations. Our tumultuous emotional life makes itself visible on the skin. In addition to proper skin care, it can help to look within yourself to find inner clarity, or pursue a hobby to strengthen your sense of self-confidence.

Dr. Brigitte Roesler
Dermatologist
Dr. Roesler worked in the Department of Dermatology at the Free University of Berlin School of Medicine for eight years. Since 2000 she has a private practice in Berlin with a focus on Anthroposophic medicine.