Two-thirds of all living species live in soil; over 90 percent of our food is grown in soil. But arable land is disappearing and what remains has ever less humus and nutrients.

We trample our fields and meadows literally with our feet, yet soil is the basis of life. A living part of the earth’s crust, soil filters rainwater to create new, clean drinking water. It is not the forests, but soil that serves as our planet’s largest carbon store after the oceans.

Without the power of soil, there would be no food. Over 90 per cent of our food grows in soil. Every carrot, loaf of bread, steak, egg and even milk contains nutrients from the soil. There is also a lot going on inside it: two thirds of the world’s species live underground. Living in one hectare (100 metres x 100 metres) of soil are trillions of micro-organisms such as algae, bacteria and fungi, with a total weight of about 15 tons. That corresponds to the weight of about four grown elephants. 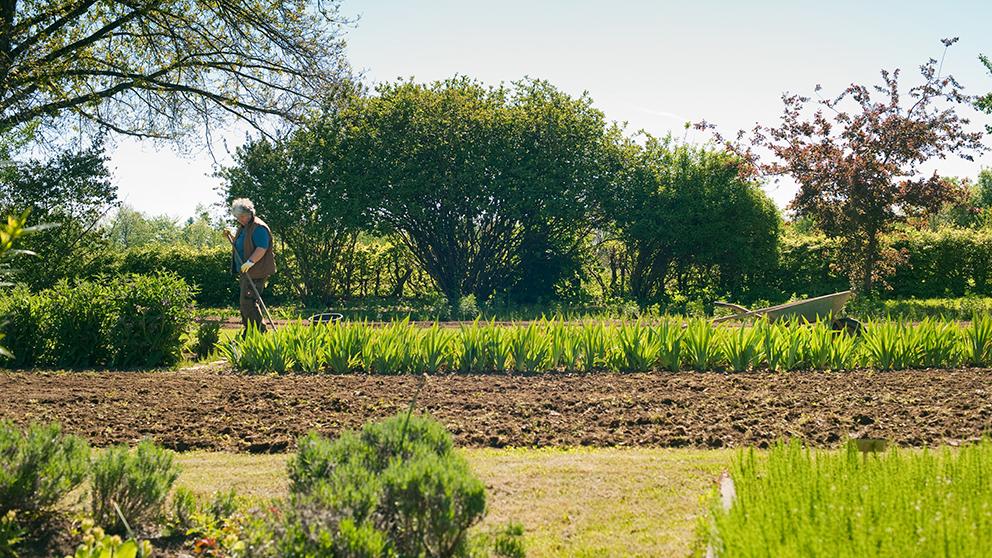 Every year around 10 million hectares of arable land are lost worldwide, an area about the size of South Korea. Today, a quarter of the world’s total soil area contains significantly less humus and nutrients than 25 years ago or is no longer suitable for growing crops. This is due to deforestation, slash-and-burn agriculture, intensive farming and soil sealing (the covering of the soil surface with impermeable materials like concrete and stone for new buildings and roads.

It starts with rocks weathering. Heat and moisture trigger chemical reactions that disintegrate rock into the fine particles that form soil. Remains of plants and animals as well as leaves and tree needles that have fallen to the ground form a layer of organic matter that is slowly decomposed by microorganisms into humus. This humus layer contains vital nutrients and minerals for plants and small soil organisms. Normal arable soil has a humus content of around 1 to 4 per cent. The so-called black soil, which is particularly rich in humus, can contain up to 12 per cent humus. 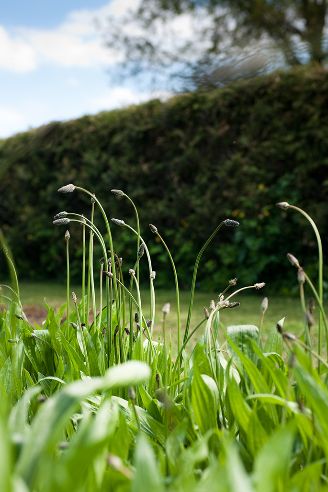 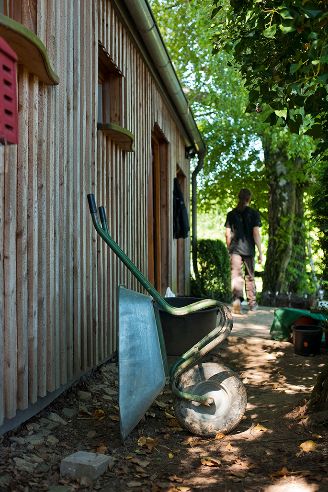 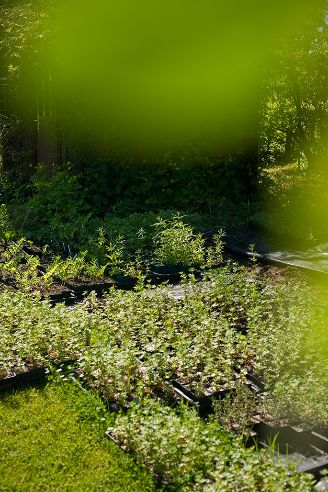 How much space is needed to produce the clothes you wear and the food you eat, to provide the energy you need, to dispose of rubbish and waste, and to carry out your daily activities? This figure is called our “ecological footprint” and it is expressed in global hectares (gha) per person per year.
The earth’s total biocapacity was last calculated at 1.7 gha per person per year. However, each person consumes 3.3 gha per year on average. People living in industrial nations have a particularly large ecological footprint. At the website data.footprintnetwork.org you can see how large the average footprint is in your country. 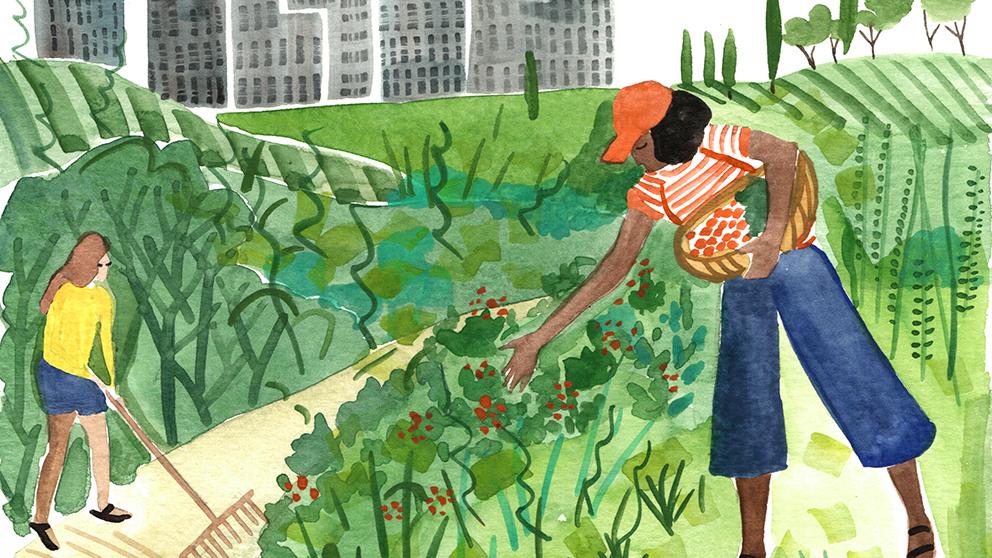 Franklin D. Roosevelt, the 32nd President of the United States, recognised as early as 1937: “The nation that destroys its soil, destroys itself.” World Soil Day was introduced in 2002 at the 17th World Congress of the International Union of Soil Sciences (IUSS). Since then, every December 5th, numerous campaigns around the world draw attention to the vital importance of the earth’s soil resources. The UN Agenda 2030 for Sustainable Development, which was adopted by the international community in 2015, identifies soil conservation as one of its major goals.

Soil conservation can start at home. If you have a lawn, don’t trim it down to a perfect green surface, but instead allow myriad flowers and wild plants to grow on it, providing a habitat for small organisms, and a diversity of roots that grow to different depths in the soil. Pesticide-free gardening helps to keep soils healthy and functional, and grassy areas and flowerbeds allow rainwater to seep into the ground. Using “green manure” also improves soil quality. Instead of leaving bare patches in the garden, green manure crops can be sown to prevent erosion, improve water retention and soil aeration, increase the soil’s nitrogen content, and help to form new humus by providing food for soil organisms. Suitable plants include lupines, dill, clover, pot marigolds (Calendula officinalis) and vetches. This is how it works: Simply sow your green manure plants and, shortly before flowering, cut them or trample them down; larger plant parts can be cut up. Then mulch the garden bed with them, working them into the soil. 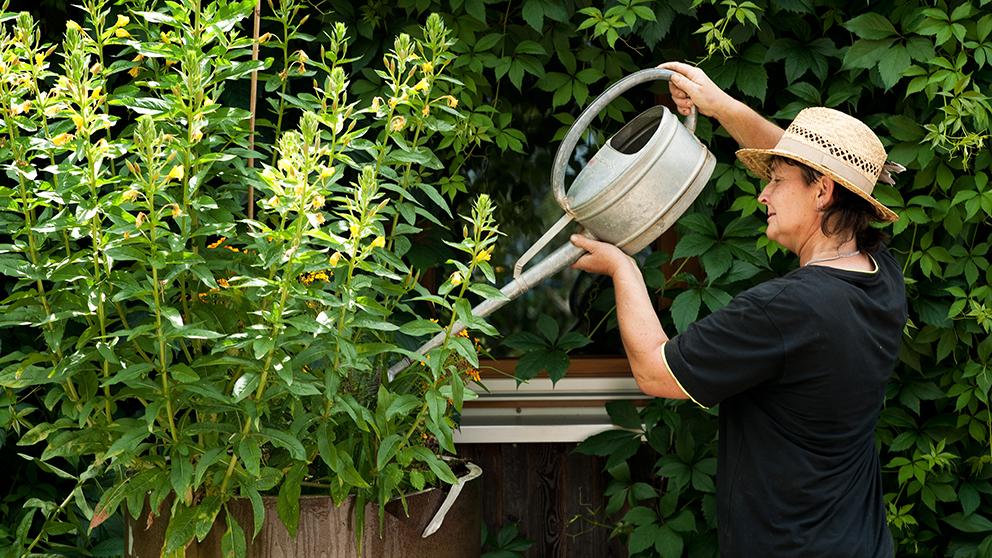