Calms and soothes senses and skin

The white mallow’s beneficial properties are show in its botanical name. Althaea derives from the Greek and means 'curing'. White mallow was used as a healing plant in ancient times in China, Syria, Egypt and Greece, and was probably brought to Central Europe only in the Middle Ages to coincide with the beginning of settled agriculture. Nowadays it is cultivated on salty soils in coastal regions.

At first glance, it is a rather delicate plant, but the white mallow can withstand lack of water and heat easily. Gel-like substances in the roots and flowers protect the plant from drying out and the high concentration of mucilaginous substances in the roots makewhite mallow calming, soothing, emollient, protective and moisturising. Its gentle, almost white flowers blushed with pink and its delicate fragrance have a very calming and soothing effect on the senses, completely unlike other blooms with vibrant colours and intense fragrance.

As delicate as baby skin

For exactly these reasons, the white mallow is ideal for baby care. Delicate, sensitive and immature baby skin has to undergo a process of development and learning during the first years of life. It needs a soft protective and warming layer, and no unnecessary fragrances to bring the skin out of balance. The white mallow binds moisture in the delicate skin of babies and stimulates development of the skin's own protective forces to keep them from harmful environmental influences.

In conjunction with pansy, which is soothing and healing, our white mallow range demonstrates its protective properties particularly well. In addition, coconut oil and sesame oil nourish the skin intensively. Even for neurodermitic and acutely sensitive baby skin, the irritation-free ingredients are highly suitable. 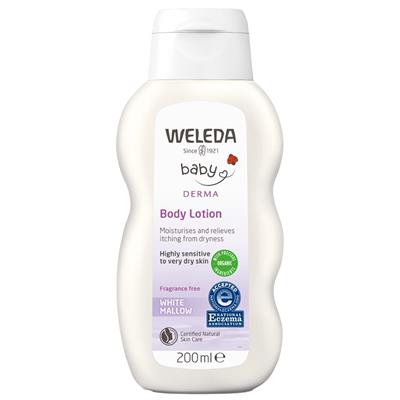 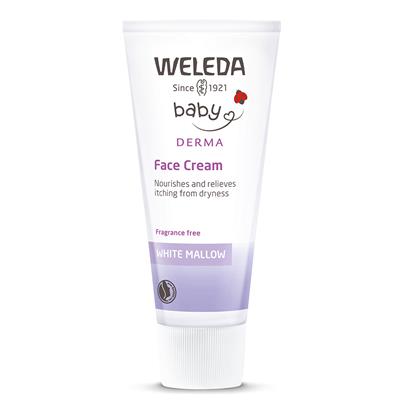 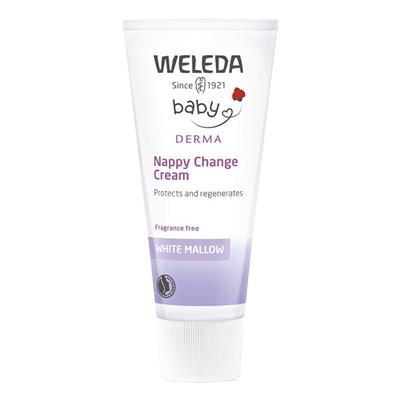