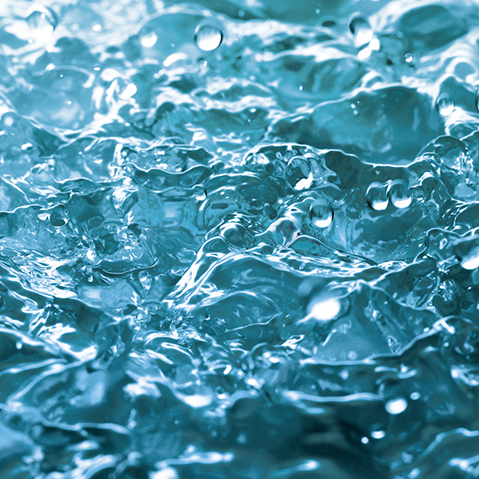 Most of us take water for granted – we turn on the tap and there it is, or we look outside and complain ‘raining again!’ Water to us may seem an everyday commodity, the element we spend most time around, but consider with least respect. So let’s take a little time to consider water in our world, and what it means.

In the natural world that surrounds us, water takes the shape of rain, falling from the sky as spheres, which demonstrate the law of minimal surface. In clouds we have a moisture-laden atmosphere surrounding and protecting the earth. All life would die without it and, as we explore space, we assume that a planet that doesn’t have evidence of water cannot support life.
Water moves through our world, as rivers, streams, springs in continual movement and flow. Springs emerge almost magically from the ground, inviting veneration in all cultures, while whirlpools, sucking downwards inexorably, both terrify and fascinate us. Contrast these with the seemingly still lake, from which water continually evaporates, cools and sinks in a circulating movement between the ground and the sky.
The oceans and seas surround and embrace our lands with waves and tides, rhythmically advancing and retreating, mysteriously moved by gravity and the pull of the moon. Beneath the surface currents drive around the world, transforming our weather and carrying species, travellers and stray evidence of lands far beyond our own.

The world of water is one of constant motion, of forming and dissolving, of process. In all its different states water moves and changes – as steam vapour, liquid, snow and ice. And where water meets solid matter it creates new forms – the run of rivers, the smoothing of stone, erosion of the land and patterns in the sand.

In every living organism – in plants, in animals and even in us – water forms the major component. It isn’t just something ‘out there’, it’s in us; 60% of the human adult body is water, our hearts and brains are 70% water, only 20% of our lungs is made of matter that isn’t water.

It’s hard to conceptualise all that water is, to truly get to know water. Conventional mathematical analysis struggles to fully explain the physics of water, let alone its living and supportive aspects. Our picture-forming minds like to fix solid images and ideas, but water is intrinsically unfixed. So to understand it we need to transform our thinking, to cultivate an imaginative view that is less rigid and more fluid.

Water has no biological life of its own. To enable life, it needs to be brought into contact with living matter. The condundrum is that, in itself, it has no life processes – no growth, reproduction or metabolism – but without water there is no life. This shows a selfless quality in water, instead of ‘being alive’ it offers itself as a creative substance supporting all life, all form, growth and metamorphosis.
Rudolf Steiner said that ‘There’s no spirit without matter and no matter without spirit’. Imaginative thinking can help us to perceive the spiritual beings active behind the material world. In this world view, elemental beings associated with earth’s fluid element are the undines – first named by the 15-16th century philosopher and botanist Paracelsus. Without the activity of these ‘water spirits’ no kind of transformation of substance would be possible. They are the world chemists.

The leaf is the part of the plant most closely associated with the element of water. When we study the great variety of form in the leaf realm, it’s easy to perceive that it’s all about transformation and metamorphosis. Looking at leaves enables us to perceive the activity of these spiritual architects - the water lily leaf reflecting the spherical shape of the falling raindrop, or the unfurling fern resembling the curling ocean wave.

If we look at the flow form that occurs in turbulent flows throughout nature, we can see that the vortex can be found from the smallest to the largest scale, from falling, swirling stream water to cloud formations and ocean flows. Water naturally organises itself into vortices. The vortex is the mediator between the polarities of stillness and motion and its circulating motion always relates to a centre point.

In biodynamics we use rhythmical stirring to bring life processes to specially prepared substances. We vigorously stir the body of water in one direction, creating a deep whirlpool or vortex, then reverse the direction, first creating a turbulent chaos which then organises itself into another deep vortex travelling in the other direction. The chaos creates lots of micro bubbles which, when they pop, form even more vortices. All the movement generates myriad surfaces within the water, interfaces that can unite, connect and disconnect with other substances. Water has the capacity to model (or become) whatever it touches and re-ignite life processes into material substance.