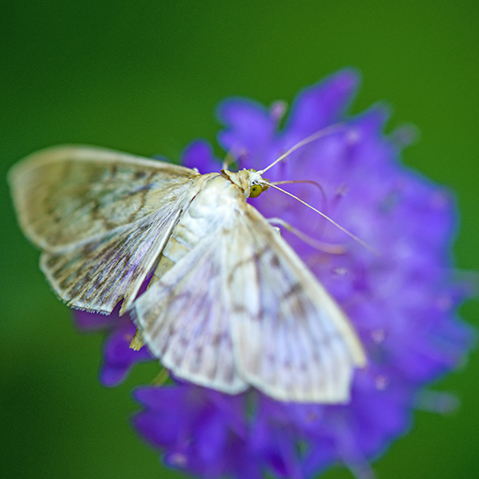 Find out more about the wonderful world of moths. 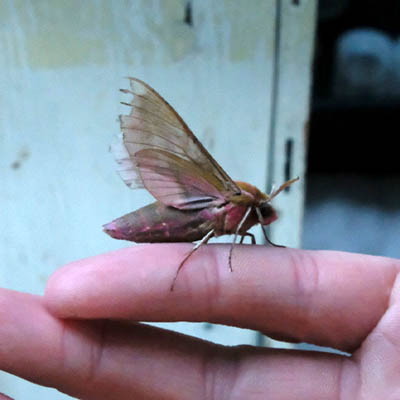 Compared to butterflies, moths have something of a ‘dark side’, which is why we sometimes find moths a bit ‘creepy’ yet we find butterflies so joyous. Butterflies have a wide, bright spectrum of colour to them, whereas moths are generally more sombre in their colouration. They also tend to fly at night, and can take us by surprise when they zoom out of nowhere towards the light. They can seem hell-bent on self-destruction when drawn to a flame.

Butterflies often have a graceful bounce to their flight, and flutter in a dainty and elegant way, whereas moths can seem a bit more ‘flappy’ and clumsy, darting about erratically. Some moths also make a buzzing sound as they fly, some hum and even squeak, which can be slightly unnerving. The appearance of a Death's Head Hawk Moth in a candlelit room was considered a death omen in the Middle Ages.

They are often found lurking in shady corners. There’s nothing clothes moths love more than a dark wardrobe where their larvae can quietly munch on our woollens or other natural fibres (that contain keratin), which is perhaps another reason we have become wary of moths. But of course there is light and shade to be found everywhere in nature, each has its place. 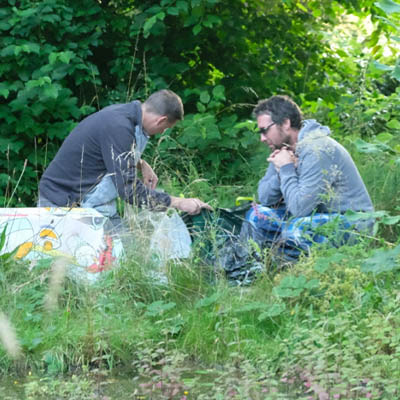 Steve Thorpe, a local Derbyshire moth expert, visited the Weleda gardens in the summer to monitor our nighttime visitors and convince our team of the beauty of British moths.

Steve set up two moth traps for us at around 8pm and we waited and watched. The first was placed by the pond, a ‘Skinner trap’ - a rectangular box with two pieces of Perspex angled into the box, plenty of egg boxes underneath and two lights set up on top. One standard light bulb and then a black light bulb too, to attract different varieties of moth.

The purpose of the egg boxes is to create an environment with lots of nooks and crannies where the moths can settle. They enter the trap, and after a while assume it must be daylight and so settle down. It was amazing how docile they all were when we opened up the traps to count them. They quite gently crawled onto our hands and then sat there allowing us to inspect them. 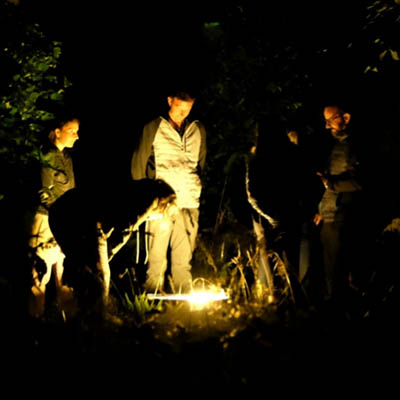 A second trap was set up some distance away, this one a ‘Robinson trap’, consisting of a giant cylindrical plant pot filled with egg boxes and then a cone on top to form the trap with a light bulb on top. The light bulb on this one was a blended light bulb, providing both white and black light. The traps were left on overnight, ahead of a 5am count.

Moths have a valuable part to play at the Weleda gardens. They can be very impressive in size, such as the Elephant Hawk Moth. Some are far from drab, with remarkable colouring such as the Gold Spot, its wings flecked with shimmering gold, or the vivid yellow September Thorn moth, both of which frequent Weleda’s gardens. We counted 70 species of moth in our Derbyshire gardens in August, and we have an autumn count planned and one for spring next year.

We chatted to Steve about our marvellous moths:

How are moths important to the eco system, what job do they do?
Different species of moths have different food sources, so their roles in the ecosystem can vary quite a lot. Some moths feed on nectar, in a similar way to butterflies and bees, and so are vital as pollinators. Other species feed on rotting vegetation and provide a “clean-up” service. Others feed on strange items like birds’ nests, but a large number of the moth species only feed when they are caterpillars and their adult lives are spent searching for a mate and producing the next generation. Moth caterpillars are also vital food sources for many young birds, and adult moths provide food for bats and night flying birds like the Nightjar. So their role is two-fold: helping our environment, but also being part of the food chain as prey to many species. 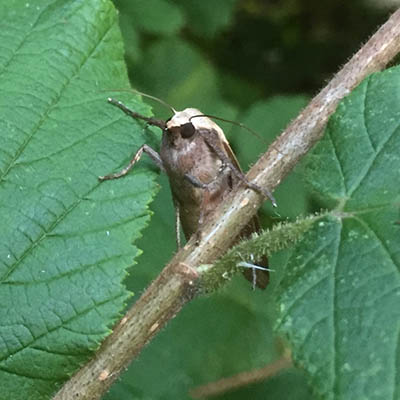 How long is the lifecycle of a moth?
Because of the large number of species, it varies. For example the Mullein Moth spends up to 5 years as a caterpillar feeding on plants, but as an adult moth it would last around 4 weeks. Others have faster metamorphosis and can hatch, feed, pupate and become an adult within the same year. Moths have evolved different methods of coping with the changing seasons too. Some species overwinter as adults so they can breed in the spring, others spend the winter as caterpillars deep underground and emerge as adults in the summer.

Why do we have night-flying moths as well as day-flying butterflies – what do moths do that’s different to butterflies?
Evolution has provided lots of natural niches and animals to fill those niches. Moths are essentially the butterfly equivalent, and have evolved to fill the niches left at night. Because there are fewer predators at night, moths have been able to fill slightly more niches than butterflies. Moths often also fill the roles of beetles or wasps, by eating rotting vegetation, dead wood and dead skin cells.

Sometimes we see moths in the day – are there day-flying moths or are these ones that are just ‘up late'?
There are around 20-30 species of day-flying moths such as the Burnet Moth and the Cinnabar Moth, both coloured red and black to warn off predators. If you see a moth actively feeding during the day then it will be a day-flying moth. If you have simply disturbed it as you walk by, and it dives for cover, then you can be sure it’s a night-flyer.

What is the objective of moth trapping/moth counting?
Like most other surveys conducted, moth trapping or counting allows information to be collected about the moth population. When this data is collected over time it can tell us how healthy the environment is and how local changes in habitat affect moths. A great initiative is the Garden Moth Scheme, which encourages us all to count moths in our back gardens, as very often gardens provide lots of nectar and other food sources that moths need.

Of the 2,500 species of moth in the UK, which have been spotted at the Weleda gardens?
From the one trapping session we’ve done so far at Weleda in August we caught 268 moths, of 70 different species. This is a really good total for the time of year, and reflects the diverse habitats found at Weleda. The commonest ones found in the traps were Large Yellow Underwing which is usually on the wing from early July into September, and the grass-moths of which there are about 5 very similar looking species. Other common species at this time of year that we caught were Dun-Bar, Common Rustic and Mother of Pearl. Some moths have fantastic names and it’s well worth doing some more investigation! More unusual species included Maiden’s Blush, Chocolate-tip, Pale Pinion and Ringed China-mark.